The Barcelona Sightseeing Bus will show the city from a new perspective. There are three routes through the city and 44 stops where you can hop on and off whenever you want to with the same ticket for one day.

Visit monuments by Gaudí, the Liceu, the Olympic Stadium, las Ramblas, the Olympic Port, Camp Nou and much more!

Barcelona’s Sightseeing Bus stops in Diagonal Mar (Parc Diagonal Mar stop). The green line, from the Olympic Port to Poblenou passes by the Forum and offers some of the best views over the city’s beaches. 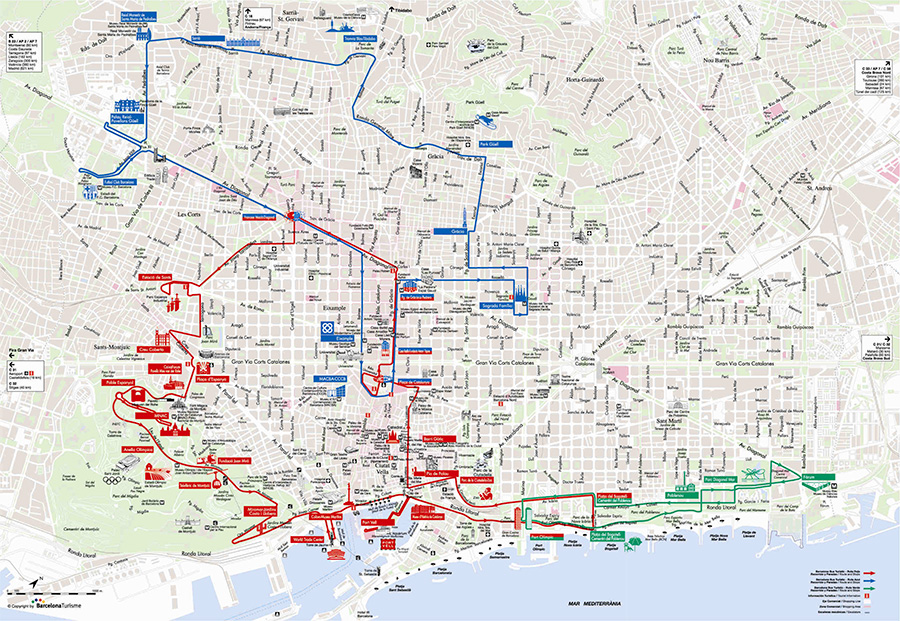 Services for Tourists
We use cookies on our website to give you the most relevant experience by remembering your preferences and repeat visits. By clicking “Accept”, you consent to the use of ALL the cookies. However you may visit Cookie Settings to provide a controlled consent.
Cookie settingsACCEPT
Manage consent

Any cookies that may not be particularly necessary for the website to function and is used specifically to collect user personal data via analytics, ads, other embedded contents are termed as non-necessary cookies. It is mandatory to procure user consent prior to running these cookies on your website.